Meet Louise Wright, Head of Service at Sandwell Children’s Trust. She worked as an agency worker for years, working away from home and travelling back every weekend. Whilst she loved the variety she wanted to buy a home and settle down – in 2015 she made the decision to take a post closer to home. 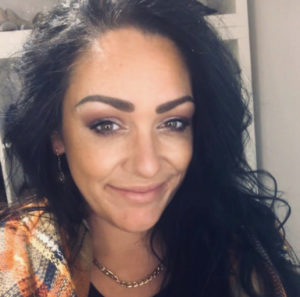 In April 2018, Louise joined Sandwell Children’s Trust as part of practice improvement work on a temporary contract for three days a week, which involved travelling again.  During the short time she was there, she could see how passionate staff were and how badly they wanted to make the right changes and deliver good services to children.

Louise said, “There was something in the air at Sandwell Children’s Trust – this made me feel with strong leadership and guidance, the staff there would really turn things around for the families they serve. They all really wanted to make the right changes and some of the barriers to this were easily spotted and removed, such as processes and structures.” ​

When the contract came to an end she was due to be promoted into a role much more local to where she lived. During this period, she was contacted and asked to join Sandwell Children’s Trust for another six months.

Louise said, “I was surprised by how little deliberation this took, after all, this would see me working away and travelling home on weekends which I had sworn to myself I wouldn’t do again. That said, I took the opportunity – there is something about this place that just drew me back to it. The people are eager and passionate, and I really wanted to be a part of it.”

In August 2018 she set off for Sandwell, feeling both nervous and excited for the journey ahead. She knew she had a short amount of time to make a difference: “I was concerned that I wouldn’t be heard, because I was just another Head of Service who would come, make changes and leave; to be replaced by someone else who may change things back and leave; and so on.”

Contrary to what Louise had thought, she felt right at home within a matter of weeks. She says, “The people here are so kind and welcoming. Some staff understandably were cautious of the changes I wanted to make but seemed to find the enthusiasm infectious and wanted to be involved and a part of the journey we are on.

“There were some days it felt really tough back then, but it is the people around me – social workers, practitioners, managers etc that made those days more than worthwhile. I knew I had to do it for them, I had to tap in to what was working and show them how good they are and what difference they all have the ability to make.”

At the end of Louise’s six month post she took the decision to apply for the permanent post. She said, “The thought of walking away from the team and away from changes which had been made but needed to be sustained was something I really struggled with. I had always sworn I wouldn’t work away from home again, but my commitment to the people here and to the families of Sandwell far outweighed this.

“There is a sense of excitement and commitment from all of us here. I try to maintain strong links with all my staff at all levels and I gain so much from them, they have contributed to me being the leader that I am today.

“It may seem crazy to some to live away from home to be here but coming here has been the best decision I ever made. I have built a work family here that make anything seem possible. I can only thank Sandwell Children’s Trust for taking a chance on this Yorkshire lass and allowing me to be a part of this.”